Who is Efren ‘Bata’ Reyes?

BACOLOD CITY, Negros Occidental, Philippines – Many call him “The Magician” – a humble Pinoy from Mexico, Pampanga who has brought pride countless times to the Philippines.

He is Efren ‘Bata’ Reyes – a billiard legend, a winner of more than 70 international championships.

Billiard, a sport that maybe considered by others as simple, easy, and relaxed, is a game of understanding probabilities – something that “the Magician” has mastered.

Various reputable sites like The PoolRoom and The Extraordinary have featured Reyes because of his achievements.

‘Bata’ brings with him his strong analytical thinking skills in calculating his next move in a game, making sure to find a better shot compared to his opponent.

During the old days, he worked as a billiard attendant in Manila where he was able to understand the sport more.

From the 60s to early 70s, he played three-cushion billiard, was later on discovered and became one of the representatives of the country to the RP-Japan Pocket Billiard Tournament.

‘Bata’ continued to rise, becoming the first non-American winner of the US Open Nine Ball Competition, and was named as “Best player of the Decade” by the United States Billiards Media Association.

Time Magazine also featured him as one of its “60 Asian Heroes” because of his contribution to the sport.

At the age of 65, the Pinoy pride continues to wave the Philippine flag in the on-going Southeast Asian Games, bagging his first victory December 4, versus Thailand.

After decades of successes, the SEA Games is most likely to be the final chapter of “the Magician’s” journey. 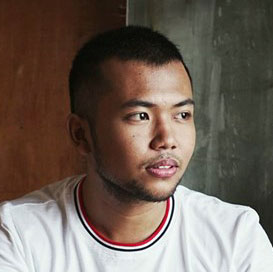