JUVENTUS | The Epitome of ‘Solitude’

“To be Alone is oftentimes defined as another word for Loneliness.”

What does it mean to be in solitude?

What does it mean when you just want to be alone not wanting to interact with anyone?

What is the definition of the feeling of not wanting to reply to a message even if it entails to be urgent?

We are not just Human Beings; we are also Human Becomings. To be is being who you want to become. To become is transforming what is seemed to be original; to something legitimate.

Becoming legitimately human deepens the search for authentic human rights, human rights that were gifted by the Divine Providence upon conception.

Solitude strongly strengthens that search; it channels great ideas of one’s consciousness to congest into formulas of what we believed to be as the Propagator of Social Change.

Change comes with criteria, a checklist of tasks, required to achieve the envisioned outcome. The judgements of Man is not absolute because Man is prone to err. Man then goes unto deep reflection, pleading to the Divine Providence to intervene and bless the decision.

The ultimate judgment of Man comes after the expiration date of his life, the eschatological nature of life, a process that Man knows very well but has no idea of its ETA or Estimated Time of Arrival. Man being aware of eschatology does his best to do what is the so called “Good”.

Man then relies on eschatology that when He gets frustrated on doing the so called “good” or has come to a circumstance of survival that requires him to explore its opposite. The Opposite is comprised of Hate, Resentment, and Revenge.

The product of that bitter composition is Death and Murder; the opposite of Life and the end of Birth.

Death or murder the last formula of the extreme and radicalized so called Propagators of Social Change.

The Radicalized Extremist Man goes unto Reflection hoping that Solitude will grant him the idealism that will survive the Test of time.

Are the last words of Che Guevara “You can kill a man but not his ideas” (inspired from Karl Marx to which his Ideological formula of Social Change progressed after his death)? Do ideas experience solitude? What gives solitude the essence of importance?

Solitude is what keeps the world of making a difference round.

It is solitude that separates the Social from The Anti-Social, The Pessimistic from the Optimistic and The Extrovert from The Introvert.

Ideas and ideals also experience solitude; it’s just that it is never really alone when there are still who believe in the Cause of Social Change.

Have you been in Solitude lately?

How does it feel to be in Solitude?

Have you talked to your God?

Have you talked to your Soul?

Have you enjoyed Solitude?

“Human Becoming” in you To be the “Human Being” you ought to be. 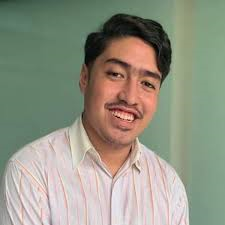 DNX News Desk - July 5, 2022 0
We use cookies to ensure that we give you the best experience on our website. If you continue to use this site we will assume that you are happy with it.OkPrivacy policy