After this, one of the first viral but racially trumped up stories about the disease came in the form of photos and videos of a Chinese Social Media influencer indulging on a soup with a bat floating in the middle.

Cyberspace netizens are quick to label it as evidence of the “nasty” and “disgusting” eating habits of the Chinese.

Anti Chinese sentiments around the globe flocked the video, and there’s only so much that can be described with how that stigma manifested itself in our Nation.

Our government’s intimate relationship with the Chinese State leaves a bitter taste in the mouths of the people that it seems to justify the racial slurs or the closeted “laugh reacts” in every post showing Chinese people in predicaments, even suffering.

It does not. Nothing ever justifies racism.

Funny enough, the circulating video, or at least it’s details have been falsified.

It was 3 years old, posted in 2016. It was shot in Palau, Micronesia and the bat soup is actually a delicacy. Fruit bats, like the one in the vid, are raised by the locals for consumption.

Personally, I think there’s no other motivation for spreading such malicious content but an agenda – not only for clicks and views – but to gather a mob in the cyberspace filled with dormant racist urges to hate on a people, disguising it as concern just when the pandemic is peaking, in turn wrongly justifying such actions.

In the end there’s virtually no benefit from this fake news, it divides and demonizes people, culture and traditions. It worsens — not raise — awareness of the disease. It adds to misconceptions on wildlife, not just bats, and it certainly did not help the woman in the video, as she reportedly received thousands of hate mail including death threats.

Amidst all these, What do we actually know so far of the Virus’ Origins based on Evidence?

Last December 2019, a pneumonia cluster pandemic occurred in Wuhan. By 2 January, 2020, a new strain of coronavirus, later named SARS-CoV-2 which causes the disease COVID 19 was confirmed in an initial count of 41 people hospitalized with pneumonia, two-thirds of whom had direct exposure to the market.

It was then highly suspected that the virus was passed from animals to humans (a term referred to as zoonosis) just like the older coronaviruses (SARS-CoV and MERS-CoV). As news of this new disease spread throughout the media, further researches by experts suggested that animals such as snakes and / or bats could have been the source of the virus – thus began the advent of re-uploaded videos of people eating exotic food, claiming to be Wuhan based, most of which, if not all, aren’t even connected to the market.

In the interim however, despite the market’s important role in the pandemic, it is yet unclear whether it’s really the epicenter.

Thirteen of the initial 41 people found with COVID 19 had no link to the market. The Lancet also reported that of the first 99 people confirmed with COVID-19 in Wuhan Jinyintan Hospital between January 1 and January 20, 2020, only 49 had a history of exposure to the area – thus creating a dispute on claims that the virus originated there.

Though there has been no official declaration of this site as the origin of the disease, the market’s role is nevertheless important in the Virus’ Epidemiology and it has more importantly shaken the implications of the ongoing wildlife trade globally.

OUR WINGED and SCALED FRIENDS

The discovery of many SARS-like bat coronaviruses stemmed from researches about the SARS outbreak of 2002. One of three viral nucleic acid sequences derived from horseshoe bats in Yunnan province has a 96% resemblance to SARS-CoV-2. Since then the WHO considers bats the virus’ most likely natural reservoir.

Solved? Not yet – the differences between the bat coronavirus and SARS-CoV-2 suggest that humans were infected via an intermediate host.

Further studies suggested that pangolins may be the intermediate host of the virus. Nucleic acid sequences of viruses taken from pangolins were found to be a 99% match to COVID-19.

Suggesting that SARS-CoV-2 originated in bats and, prior to infecting humans, was circulating among pangolins. Solved? Not quite –

Experts reviewed the data again — along with three other pangolin coronavirus genome studies — revealing that although the animal is still a candidate, there could have been a miscommunication: the 99% match did not actually refer to the entire genome, but to a specific site known as the receptor-binding domain (RBD).

A whole-genome comparison had found that pangolin and human viruses share only 90.3% of their DNA (at least 99.8% is needed for a conclusive match) In effect, although it is still generally agreed that bats are the natural reservoir, pangolins as an intermediate host remain disputed.

With these studies come further, burning realizations. It is actually known that the pangolin is the most trafficked animal on the planet with over 1 million snatched from Asian and African forests in the past decade.

The implications of knowing that the mammal is a possible intermediate host could go both ways. Ecologists are worried that the speculation about pangolins as hosts could or may have already lead to mass slaughters, endangering the animals further, similar to what happened to civets during the SARS outbreak.

Or this discovery would lead to a halt in it’s further trafficking, creating some kind of poetic “nature saves them from us” narrative.
Meanwhile, the search for a conclusive intermediate host continues.

Official statements by the Chinese government to the WHO reported that the first confirmed case of COVID19 had been diagnosed on the 8th of December.

However the first case of someone suffering from the disease can be traced back to the 17th of November.

Chinese authorities had identified at least 266 people last year who contracted the virus and was under medical surveillance, the earliest case was dated November 17 – A 55-year-old from Hubei province.

Even with this case identified, doctors can’t be certain the individual is “patient zero,” or the very first individual to have been infected with SARS-CoV-2, and there’s a chance even earlier cases will be found,

Jonathan Mayer, professor emeritus at the University of Washington’s department of epidemiology, said it was “entirely conceivable” that here were cases as early as mid-November.

It’s widely accepted, including by the head of China’s Center for Disease Control and Prevention that the virus originated in Hubei.

With this in mind, The Chinese state was criticized over alleged attempts to cover up the outbreak. Doctors who raised the alarm with colleagues about a new disease in late December were reprimanded.

Authorities did not publicly concede there was human-to-human transmission until the 21st of January.

This in turn now begs the question, why?

As China recovers and the World in turn are fighting the War against COVID19 the search for patient zero continues. In recent weeks Chinese officials have started outright claiming that the virus did not originate in China, but in the US – a conspiracy theory that is gaining traction, which of course, is downright bullcrap.

As with digging the roots of our beginnings, The importance of finding disease sources is key for treatment, prevention and preparedness for a possible resurface. Not only will this show a path on things we should or should not do, but it holds true that the only way that we can truly move forward is to study our histories and make sure we do not make the same mistakes again.

With these discoveries, the search for COVID19’s origins rages on. As with the 2002 SARS outbreak and the other Diseases that caused Global Health Emergencies, researches will continue for years even after the pandemic has died down.

As it approaches its last legs, hopefully it has opened the eyes of society and our leaders will acknowledge the issues that the pandemic has put into the spotlight.
That racism exists.

That every Health outbreak comes with an avalanche of misinformation, and the drive for educating the masses matters more than ever.

That despite the recent closure of the Wuhan Market and banning all wild animal products in the city was implemented.

And that politicization of Health Emergencies without proper leaning to Science and Evidence endangers the general population.

While the world scrambles to fight this pandemic.

Let us as individuals remain vigilant as more information about this disease surface in time.

This too shall pass. 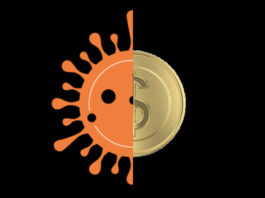 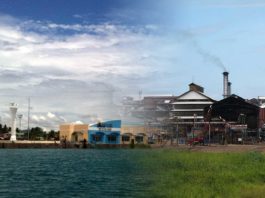