BACOLOD CITY, Negros Occidental, Philippines – Bacolod Cong. Greg Gasataya will be the guest of honor and speaker at the Bacolod celebration of the 122nd Philippine Independence Day tomorrow 12, June at the Bacolod Public Plaza that will start at 6:30 a.m., a press release from City Hall said.

Mayor Evelio Leonardia has instructed the Committee on Independence Day 2020, chaired by Councilor Simplicia Distrito, to observe a “simple yet meaningful” celebration of Independence Day, in the light of the COVID-19 global pandemic.

“Although we have this crisis, we should not also forget the sacrifices of our past heroes and Filipino revolutionaries who had offered their blood and labor, just for us to enjoy the freedom we have right now,” Distrito said in a statement.

Aside from Leonardia and Gasataya, also attending the celebration are Vice Mayor El Cid Familiaran, councilors, City Hall department and office heads and employees, officials or representatives of government agencies such as the Department of Education, Philippine National Police, Armed Forces of the Philippines, and war veterans.

The program will start with a flag-raising ceremony at 6:30 a.m. Councilor Renecito Novero will lead the prayer, while Councilor Archie Baribar will lead the Pledge of Loyalty to the Philippine Flag.

The DepEd Quartet will lead the singing of the Philippine National Anthem, Bacolodnon Song, and Nationalistic Song.

The three top Bacolod officials will lead other city officials, war veterans, participants, and guests at the wreath-laying ceremony at the Monument of the Unknown Soldier.

Distrito added, “This is the simplest celebration the City ever had for the past years but what is important is that we will be able to give time to value our national heroes.”

Also known as “Araw ng Kasarinlan (Day of Freedom),” this day commemorates the Philippine Declaration of Independence from Spain on 12 June, 1898.*/CITY PIO

Halfway There: Duterte’s War on Drugs in Sugarlandia 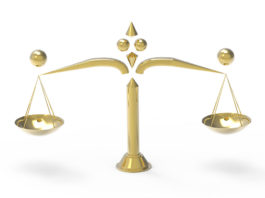 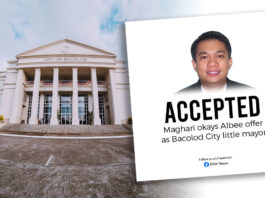 WHAT THE LAW SAYS