Chang’ e and the Magic of the Crescent Moon

If you’re having a rough time leveling up in rank games, I suggest you try Chang’ e.

Chang’ e is my go-to hero when ranking up in Mobile Legends: Bang Bang. I’ve been using her since the day she was released in the Mobile Legends battlefield, the Land of Dawn. According to the story of MLBB, she is the youngest disciple of the Great Dragon, together with Zilong.

She and Zilong are the only heroes from the hidden Dragon Sanctuary. (READ: Mobile Legends: The Smartphone Phenomenon)

Together with her magical rabbit, has four magic powers; Trouble Maker, Starmoon Shockwave, Crescent Moon, and Meteor Shower. As a player, you have to know the basics of the heroes you’re using, the skills and their combos, and the heroes’ weaknesses and strengths. In MLBB, you can check it out on the Heroes section and read the guide, the recommended skills, and gear.

In playing MLBB using Chang’ e, I use Flow, Catastrophe, and Impure Rage as her customized mage emblem. I like the Impure Rage because it provides a hero with more magic power and deals extra damage when casting skills. I use Sprint for her spell because it increases her movement speed, and she gains immunity against the slowing effect. But, I don’t use Sprint all the time. Some users prefer the Flicker or the Purify spells, which I also use sometimes, depending on my enemies’ heroes. I really prefer Sprint because it comes along with the item build I customized for Chang’ e.

There are six items of equipment that you can use for the build of your hero.

I only choose two, one Movement and five Magic equipment. Some players are using the Magic Shoes as their Movement equipment to increase the speed and the cooldown (CD) reduction of the skills of Chang’ e. Yet, I prefer to use Demon Shoes. It increases the heroes’ speed and the regeneration of Mana, which is essential in casting Chang’ e’s skills.

The rest of the items are Magic – Holy Crystal, Lightning Truncheon, Divine Glaive, Blood Wings, and the Glowing Wand. I use these to deal more with magic damage against the enemy heroes, especially in casting the Meteor Shower burst skill of Chang’ e. However, after acquiring this equipment and the battle is becoming more exciting, I sell the Magic Shoes and replace it with the Genius Wand, another Magic equipment, to deal extra magic damage. But, without the Magic Shoes, or any other movement equipment, her movement will become slower. That is the reason why I prefer to use Sprint as her spell.

During the battle with Chang’ e, my first priority is leveling up her second skill, the Crescent Moon, because it provides her with a shield that enhances all her other skills. Her second skill is also useful during team fights as it also increases her movement speed.

When using Chang’ e, the Crescent Moon skill should always be ready, especially during team fights. Remember that Chang’ e is a Mage hero, easy to kill when caught. Letting her shield down will make her defenseless from enemies.

One important factor in team fights is the selection of heroes. For me, Chang’ e works even better when battling together with Tank heroes like Atlas, Tigreal, and Khufra, or other heroes with stun skills.

During the solo fight, I always make sure that the shield from the second skill is activated and that the first and thirds skills are ready to deal with more damage to the enemy heroes. In attacking a solo enemy hero, with the shield active, I usually cast the first skill to deal extra damage and slow down the enemy, then use the ultimate Meteor Shower. Meteor Shower can also be used in stealing the Turtle or even the lord away from the enemies.

In a team fight, positioning is very important. Before casting Chang’e’s ultimate, I wait first for the Tank or other heroes to give a good set. This is to ensure that the enemy heroes will get all the magic damage from her ultimate. Another technique before casting her ultimate is to predict which way or direction the enemy heroes are heading. This is necessary during team fights and when your teammates aren’t able to have a good set.

Ranking up in MOBA games like the MLBB is achievable when cooperating with other teammates. 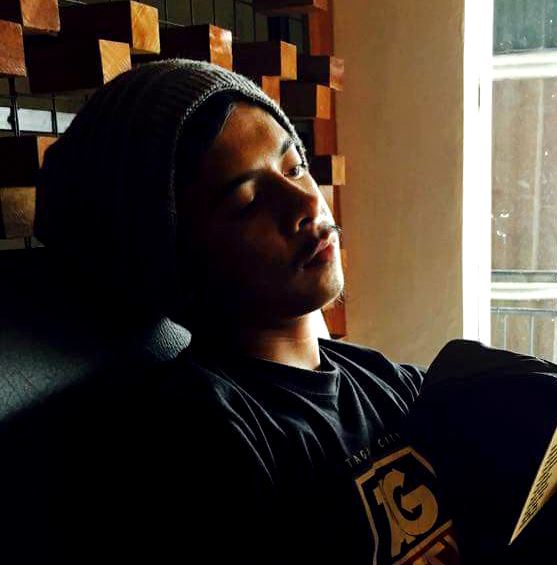 Jessan M. Cabunsol
A fresh graduate of BS Agriculture degree, Jessan is now teaching in one of the agriculture schools in Negros. He was a student writer. Today, playing mobile games is his hobby during break times. Cooking is his stress reliever, and he could be your drinking buddy. Jessan is an aspiring agripreneur.
RELATED ARTICLES
International News