Perhaps, it wouldn’t even cross our minds.

Aside from being from different sports, Pacquiao and McGregor had opposite fates during that time. Pacquiao suffered a defeat from what everybody billed as the “Fight of the Century” against Floyd Mayweather Jr. What was considered as one of the most anticipated sporting events in the history and the most lucrative in professional boxing however did not reach the expectations of many. Journalists, critics, audiences, thought it was a letdown of what was expected to be a slugfest between the two future hall of famers.

On the other hand, Conor McGregor is on the rise. He just clinched his first title in the United Fighting Championship (UFC). Apart from that, he is coming from three straight Performance of the Night victories following a consecutive of knockout wins against Diego Brandao, Dustin Poirier, and Dennis Silver. The pride of Dublin, Ireland was undefeated since his official UFC debut in 2013 where he scored a technical knockout victory against Marcus Brimage and was voted as the Knockout of the Night.

So how did we reach to this point?

Without a doubt, the Floyd Mayweather Jr. vs Conor McGregor cross-over match last August of 2017 paved the way for this to happen. After a couple of confrontations and trash talking online, Mayweather came out of retirement and faced “the Notorious” McGregor. “Money” Mayweather was victorious and extended his undefeated streak of 50 victories with no defeats while McGregor faced an uncertain future.

A return to the octagon or continuing his boxing career was his options. Hanging up his gloves was also up in the air for McGregor who has a history of premature retirements.

After McGregor was downed by Mayweather, the Pacquiao-McGregor match started making rounds online. The two fighters consistently tweet to each other. During thanksgiving of 2017, Pacquiao tweeted a thanksgiving greeting to McGregor telling him to stay fit with hashtag #realboxingmatch.

Last August, the notorious posted a two-word banter in his social media account saying “tinatanggap ko” which many allegedly says an answer to Pacquiao’s challenge.

The Filipino champ will be turning 42 this December. Looking for another monster payday bout, McGregor is the ideal fighter since his rival Floyd Mayweather is already retired. He is a reliable pay-per-view cash-cow who easily attracts audiences with his antics and charisma. When He was in the UFC, Pacquiao looks desperate enough to face him, despite the legal threats being thrown out by UFC President Dana White, Pacquiao continues to push for the fight whether on ambush interviews, media press conferences, or a mere online discussion.

After Manny Pacquiao’s camp confirmed a boxing match with the MMA star last September 26, this awaited battle is still far from reality. Even though it was reported that proceeds from the fight will go to coronavirus victims, there are still technicalities to iron out for this to push through. McGregor obviously needs to persuade the World Boxing Association to give him the opportunity since his boxing record is currently at 0-1. Reports are already circulating the WBA will strip Pacquiao of the welterweight title if cannot able to defend it in the next few months.

Welterweight contender Mikey Garcia who expressed interest in fighting Pacquiao is more favored to challenge the Filipino senator. WBO welterweight holder Terrence Crawford who is slated to fight Kell Brook this November is also a potential opponent for Pacquiao. Errol Spence is also another name in the welterweight division reportedly targets Pacquiao in 2021.

After all that being said, the Pacquiao-McGregor match is a possibility but still far from reality.

An icon like Pacquiao and McGregor is obviously a big money on the table battle.

A money-spinning fight is a big question mark especially this time of pandemic. But who knows, everybody would love to see that fight. A pound-for-pound fighter and a knockout artist will surely make a bloody encounter. 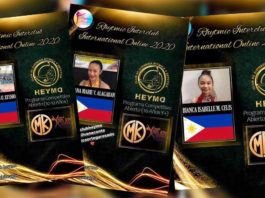 Pinoy Pride: The tale of three Filipinos in the First International... 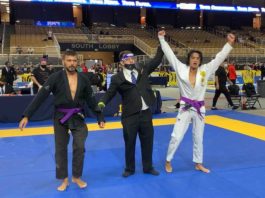 Jiujitsu: Beyond grappling and locking, a way of life 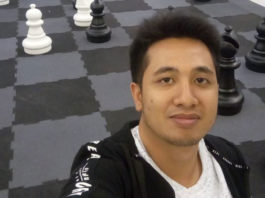 Chess: a game for life, a game about life