GUEST COLUMN | The Olympics: Why Eumir and not Manny

Professionals are now allowed to compete in many Olympic sports disciplines, including boxing.

So why is Eumir Marcial competing in the 2021 Tokyo Olympics and not Senator Manny Pacquiao?

You see, Manny Pacquiao’s quick and fast start right at the get go is best suited for the Olympics. His lighting speed and blinding fists are the ideal for the gold medal. He, undoubtedly, will take his walk in the park en route to the coveted gold medal podium finish.

At 41, Pacquiao would have made history as the oldest Olympic boxing champion. It would also be a fitting feather to his overly adorned cap, having won and holding the distinction of being the only 8-weight world professional boxing titleholder.

Yes, for all his professed love for country, Pacquiao will never revert back to amateur and represent the country.

For a variety of reasons.

For one, time is not on his side. There is no short cut to one’s entry into the Olympic boxing event without going through the qualifying rounds. Each qualifying round means at least four or five bouts of three 3-minute rounds spanning over 10 days. Including training, one will have to prime himself up for at least 2 months for the qualifying rounds alone where a top podium finish is an automatic Olympic berth. In addition, he will have to spend several weeks in training once he qualifies for the Olympic then wait-box-wait-box for another 10 days or so to capture the gold. At 41, Manny no longer has the patience and the temper to go through such a boring life.

Second, there is no money in amateur boxing. For the effort, Manny would be getting, at most, a measly allowance of P30,000 a month, a spartan training accommodation and a reward that is not even enough to cover his luxurious monthly expenses for one year. That is why, even at 41, Manny continues to fight professionally because it is where the money is. Why do we even think today’s Manny is still fighting for honor and country? He is fighting for the economy. His own economic interest, stupid, even if the purse he will be getting in the Errol Spence fight is nowhere near the scale of say the fourth Marquez or even a Mosley fight. Gone are his marquee days when he can command a minimum of eight-figure guaranteed purse.

Third, it will be lonely in the training camp as wells as the qualifying fight venues and in the Olympic Village. He will miss his retinue of bodyguards, hangers on and platoon of cheerers and sycophants. If there is anything that will kill Manny, it is the boredom of being shied away from his circle of id and ego masseurs.

Manny already gave the country honors for which he was amply rewarded by being elected congressman and later senator. He is again fighting, in most probability, to keep his presidential ambition afloat. In fact, his closest advisors are praying he wins to and are pinning their hopes that a victory will boost his political stock and chances of winning the presidency.

Make no mistake about it, Manny is a great boxing champion, probably even the greatest pound for pound. There will be no other like him. Beyond that, however, all are entitled to their opinions.

That is why it is Marcial, a newly turned pro boxer, who is campaigning for that elusive gold in boxing for the country.

Marcial has all the incentives to look for if and when he wins the gold medal.

For one, he will bring great honors for the country – the overarching purpose of athletes competing in the Olympics. Second, the reward is worth it for amateurs and aspiring pros like Marcial. A potential P30-million bonanza for a gold medal finish will be many folds greater that the couple of thousand dollars he got for his first and only pro fight which he won via unanimous decision.

Incidentally, Marcial is being promoted by Manny Pacquiao. He even wants Freddie Roach to be his trainor, a demand politely declined by the Philippine Sports Commission because of the prohibitive costs of hiring the long-time Pacquiao mentor.

So, there its is. It is Marcial instead of Pacquiao.

That does not mean however that the chances of wining the gold is diminished. Only that if it were Pacquiao fighting for the gold, just think of the political windfall he will harvest.

But then again, Manny is Manny. He has a mind of his own. 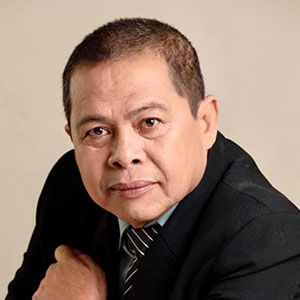 Halfway There: Duterte’s War on Drugs in Sugarlandia

WHAT THE LAW SAYS