“We have to make a choice and set our priorities,” he said in a video message furnished to the media, adding, “health is the most important thing right now.”

Earlier, the Department of Education has announced that the 24 August opening would push through, with enrollment starting 1 June despite the earlier announcement of President Duterte rejecting the idea of opening classes while a COVID-19 vaccine has not yet been developed.

The mayor said he “hopes” that the country’s health authorities would reconsider its decision.

He believes that it is wise now to postpone the opening of classes while a “crisis is raging”, as he also questions how schools can implement precautionary measure like social distancing.

“How do you [impose] social distancing? How do you stop children from being children?” he asked.

Leonardia, who is also the current national president of the League of Cities, also said an “overwhelming number” of local chief executives are one with him in opposing the opening of classes for this year.

“I am sure that Vice-Mayor [EL Cid Familiaran] and the rest of the council are also one with me,” he said.
Image may contain: 1 person, sitting 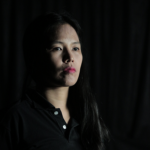 The training-workshop is one of the most effective tools in improving a person's skill on something. It may either be in a form of writing, editing, singing, broadcasting, etc.
Read more
COMMUNITY BULLETIN

The Bacolod City Emergency Operations Center (EOC) is reiterating to the public, who are placed under contact tracing, to disclose all necessary information to the City’s Contact Tracing Team.
Read more
Local News

BACOLOD CITY, Negros Occidental, Philippines - Lone opposition Councilor Wilson "Jun" Gamboa Jr. has come out swinging at directors of the Bacolod City Water District whom he described as, among other adjectives, "smart, wise, and fast but of the evil and crooked variety."
Read more