On the historic date of  June 30, 2016, my classmates had our attendance checked in our ten-thirty class. Our professor, having also grasped its looming significance, dismissed us early. Hurriedly we traveled to my house to the tune of The Foundations’ “Baby, Now That I’ve Found You” among other 1960s Motown Hits, after picking up some siomai across school. The mood was ecstatic, euphoric even, never mind the somewhat overcast weather.

Upon arriving at my house, my father who knew of our plans had the living room already set up for us to watch history unfold. At 12 noon, comfortably seated all fourteen of us, witnessed the inauguration of the first avowedly reformist President of the Fifth Republic of the Philippines, its sixth, tough-talking Davao City Mayor Rodrigo Roa Duterte.

Our hopes were high. Our spirits were lifted. And we truly felt that we were entering into something special for our country, the realization of our long-held aspirations for a better mode of life. It was a sweet and memorable occasion.

If we look back at the troubled, turbulent history of the Fifth Republic of the Philippines, we see that its people have frequently suffered under the iron but decadent rule of a narrow elite. Their reign had kept the country as a laggard in quality of life and foreign direct investments, due to institutional frameworks, laws, and policies that have favored their continuity. Rule of law was undermined as a result of this. For thirty years after EDSA 1 except for an ultimately unsuccessful attempt to end it sometime in 2004-2005, the elites reigned supreme often leaving the common people to their own dire straits.

Its most glaring effect was to stifle regional growth and development, forcing many to move to the capital and adopt a capital-centric mentality, in culture, in language, and in many other aspects, suppressing our diverse identity as a country of nations. Placing restrictions on foreign direct investments made our state one of the most economically anemic in the entire region, with big companies always looking to head elsewhere.

In the final days of the second Aquino administration from 2015 to 2016, all eyes were on whether the tough, pro-reformist, federalist, and crime-fighting mayor of Davao City in long-forgotten Mindanao would throw his hat in the ring to contest the highest post of the land, the imperial presidency.

He knew its shortcomings. He knew that the systems serving the Republic were on the brink of collapse, having one time in 2006 mentioned the possibility of a Mindanao secession. He then made a sacred pledge, to shift to a federal parliamentary system of governance, opening up the economy to investors and companies from abroad to compete with the oligarchy. He made that fateful decision to run, and even after all the mud hurled against him, he won big.

His victorious journey to the top was one of the finest things I had ever seen during my nascent journey into the political world. In it I had made friends who turned into family. I had seen the biggest political rally in recent Bacolod history, his on the 18th of April that year, in all its brilliance and energy.

His frenetic presidential campaign brought the hopes and dreams of the regions with him, charming an electorate tired of politics-as-usual everywhere he traveled. They were sold to his brand of fiery governance, and they voted him into power. It was time to keep faith with the Filipino people by giving the meaningful reforms, the change they had voted for and long deserved. What he did during his first four years, however, is a different story.

In his first State of the Nation Address in late July 2016, the president made a mention of his campaign promise, for a parliamentary republic to be installed. It was a moment of great elation, when he said in full:

“You know, my advice to you is: maintain a federal system, a parliament, but be sure to have a President. Huwag, hindi na ako niyan, I’m disqualified and by that time I would no longer be here.

But I can commit today, to the Republic of the Philippines and its people, if you hurry up the federal system of government and you can submit it to the Filipino people by the fourth, fifth year — kasi proseso ‘yan eh. You call for a referendum and after that call a presidential election, I will go… But you must have a president.”

He spent his first year in office fighting the war on drugs and planning for major economic measures, like infrastructure development and pouring development into Mindanao, ranked as one of the poorest places in the country while simultaneously courting the police and military to his side. He authored an executive order creating a consultative committee containing twenty-five members to reform the constitution. Fair enough, I thought. Get everyone into the fold and go for the reforms in the second year.

In his second year in office, the executive was busy dealing with the Marawi crisis, which was solved with a triumphant outcome thanks to the effort of state security forces. The markets rallied behind him, and his massive popularity ratings only skyrocketed at that point.

He did manage to mention federalism in his second SONA. It was a good time to introduce constitutional reform, which was really the central core of the “pagbabago” or change his administration promised. He had the numbers in Congress on his side to take care of it. So far, so good.

The trouble started during his third year in office, to my mind. The consultative committee’s draft of a new constitution, however, proved to be a shortcoming on the campaign promise. For one, it created a top-down structure of regional organization, having the territorial subdivisions already pre-determined in the draft, as opposed to a more asymmetric, fluid, and people-based model of regional composition.

Additionally, the draft retained the presidential system and did not delete restrictions against foreign direct investors. Retaining the presidential system would have allowed for another difficult time of decision-making and law promulgation, as several studies have showed its inferiority in almost every aspect of governance and administration, not to mention that it is also a breeding ground for incompetence and corruption.

Keeping the status quo of oligarchic domination coupled with economic protectionism would also be an effect of not fully removing the restrictions on international businesses in the Philippines. By limiting choice and competition, the Filipino people are left to put up with lousy services, inferior quality goods, and a gaping lack of job opportunities as we have in the current situation.

These were major errors which limited the draft’s viability as a proper constitution. As such, there was no follow-through. What they should have done was to go for a formula that worked: diffusion of power, accountability mechanisms, and opening up the economy totally. Existing drafts created in 2004 and 2005 contained these three aspects, and were ahead of their time.

I had once said that this process of constitutional reform should be “genuine, free from malice, and meaningful for every stakeholder”. Everything that is now happening to the Philippines gives me pause to wonder: what happened to keeping faith with the Filipino people?

Circumstances could not have been more favorable to the passage of these reforms. For one, the administration’s hand was strengthened by its massive win in the 2019 midterm elections, with a Senator close to the President telling me personally he would be “studying” the parliamentary system. He has not filed a resolution about reform, yet.

And then the coronavirus pandemic reached Philippine territory. All of a sudden, the virus exposed our lack on institutional preparedness to meet the challenges presented by it across every aspect of society. Tests per day remained at a level not exceeding 50,000 by the end of June, while other countries had done almost a million tests per week. Cases are still piling up, with no end to the pandemic in sight. More worryingly, businesses moving away from the virus epicenter have, as usual, mostly skipped the Philippines, which would have meant more employment opportunities.

Numerous deficits of governance, such as alleged police abuse, conflicts with local government units, the proliferation of non-helpful narratives, and many more allegations of executive incompetence came to the public’s attention, and logically, they did not like it. In fact, they grew angry at it and for good reason.

We have had politicians and public servants up to their usual shenanigans, running amok with close-to-unrestricted violations of the law and getting away with it due to a lack of robust political and legal accountability mechanisms, which were already inherent in the promise of constitutional reform, and a more comfortable life along with it.

The people are right to complain about the current state of affairs, with the government seemingly looking elsewhere, at other short-term issues, instead of keeping faith. They seek leadership and a higher quality of life befitting their hard work and values. With all the uselessness and madness, where exactly do we go from here?

The euphoria, the gladness, and the excitement have all faded into the background. The nitty-gritty aspects of government demand an institutional framework worthy of keeping up with popular clamor and with the needs of the modern world. The Philippines and its regions can no longer hide under a rock of ignorance, bad practices, and creeping despair. For soon, if it still has to put up with this, its people will one day rise to a reckoning, however dreadful it may be.

I am once again taken back to that beautiful day in June of 2016, where my classmates and I tucked in for a lunch of my father’s delectable turbo chicken and siomai. We had thought that our country was heading somewhere glorious. It does not seem to be the case as I now survey the current situation.

As President Duterte and his administration stand at the receiving end of a barrage of criticisms, both from its friends and foes, for its handling of the pandemic and its perceived or real incompetence, it stands at a crossroad four years on from that fateful June afternoon. What can it do to turn things around, to defeat the inflammatory incitements of critics?

I had once said that the President himself, and the behavior of his administration was the biggest argument for constitutional reform. Ultimately, it must do what it did not do for the past four years of its term: keeping faith with the Filipino people by giving them the responsive institutions they deserve. He must contact Congress. He must communicate the road ahead clearly to the people, and give them confidence that a better life is in sight. Decisively. Honestly. Otherwise, the optimism felt on that day in 2016 would have been for nothing.

And as for me, who once believed in politicians and their “magic”, I will keep on fighting to hold this government to account. If such were not the case, then what might happen next is unimaginable. The promise and the massive potential of our Republic, yet unfulfilled and yet unleashed, needs us to make them happen. 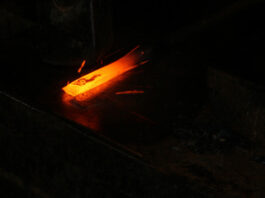 The 91 percent question: Striking while the iron is hot 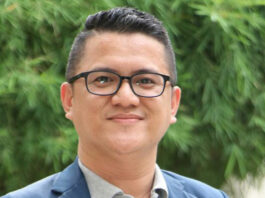 Bridging Societal Divides: A Bridging Leadership Journey in the midst of...