Just when you have thought you’ve seen it all – (Bruce Willis is dead all along! The butler did it!) here comes Parasite, a movie that simply just refuses to be pegged as a genre (Is it a psychological thriller? A murder mystery? A ghost story?).

Helmed by Bong Joon-Ho (The Host, Okja), Parasite starts off with an innocuous enough introduction of the Kim family, led by the father (played by Song Kang-Ho) who lives in a dank damp semi-basement in the poorer urban district of the town.

Action kicks off when the Kim’s son, Ki-woo (Choi Woo-shik) finds employment as tutor for the wealthy Park family (by means of a well-forged – really, his documents were done by forgery – diploma).

Pretty soon, through some underhanded means – two people on the Park employ were set up and manipulated so they would lose their jobs — the entire Kim family find employment in the Park household. Drunk by their own deviousness, the Kims, while the cat, er, I mean the Parks were away, began playing with the idea of taking over the luxurious Park mansion.

And just when you thought the film would venture into Korean Us (minus the other dimension thingy), it throws the audience off with a twist (think The People Under the Stairs married with Panic Room).

Without revealing too much about the plot, the Kims’ plot unraveled through a chain of events that culminated in a party straight out of Westeros (three dead!).

Film is a careful study of human nature and asks the basic question: How far can people go when despair and sets in? Is there a limit to man’s WANTS, or are humans just really insatiable?

Parasite also took pains to explain that the Kims are not exactly evil – they draw the line at murder, at least at the beginning – by injecting a scene where one character wonders out loud if one of their victims managed to find work.

You know intuitively that these are not really evil people, not totally, but they’re not model citizens either.

Film deftly combines dark humor with genuine scares – the OCD of the hoity-toity Park couple were played for laughs. It also offers a darkly sinister view about humanity — it’s class struggle all right, but neither side is worth rooting for, as the poor are as big a jerks as the rich.

Song Kang-Ho as Kim family head is the strongest point of the movie; his Ki-Taek is a man torn between his wavering moral compass and the need to finally be given a chance to lift his family out of the semi-basement they are currently living in.

Jang Hye-Jin is a perfect foil as Choong-sook (watch her expression as she hints at taking over the Park household permanently. She and Lady Macbeth should have coffee soon).

All in all, it is an unflinching look at our own humanity and frailty, and at the same time makes us examine our life choices.

It ends with uncertainty, with each character losing something of themselves – their lives, part of the sanity, their freedom – as they attempt to pick the pieces of their lives, a punishment for trying to be too clever.

Is if the best film I have seen so far? Not really.

But it is easily one of the best in the year.

Not an easy watch, but definitely more than the price of admission. 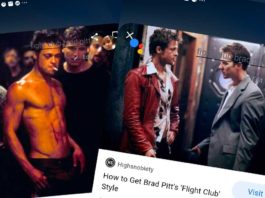 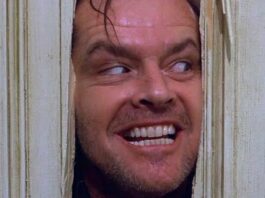 Movies to enjoy during the pandemic